The Okanagan Valley hasn’t always been the famous wine-growing region that it is today. In 2004, when John and Trish Skinner purchased and developed the property that is now Painted Rock Estate Winery, they understood the challenges that would come with producing and marketing world-class wines, from a largely unproven region. But they also knew that they were on to something special – their sixty-acre patch of land was ideally suited for premium wines made in the Bordeaux tradition. When John approached CF Napa, he knew that in order for Painted Rock and the Okanagan Valley to be taken seriously, his brand had to look the part.

The story behind Painted Rock was the perfect springboard for creative inspiration. On the bluffs behind where the vineyards are today, John discovered some ancient pictographs, symbolic of a “coming of age” spirit walk. After consulting CF Napa on a number of names, John realized he had found the perfect name for their family estate in Painted Rock. For the package design, we chose the path of abstract minimalism, with two exquisite swirls suggesting rocks. The rocks were painted with a Japanese horse brush and printed on the label with a translucent pearl foil. To add dimension and texture, we added a rich sculptural emboss to the icon and overprinted it with two subtle inks to augment the effect. The resulting label conveys an air of mystery, as well as a clean, modern classicism.

Since its inaugural release of the Red Icon in 2009, Painted Rock Estate Winery has firmly established itself as one of the preeminent wine producers of the Okanagan Valley in British Columbia. In just a few short years, the winery has garnered some of the most prestigious awards in the business including the InterVin International 2014/2015 Winery of the Year Award. The appeal of Painted Rock has taken hold internationally in the exciting Chinese market, where the winery sells nearly 40% of its total production. The quality of the wine combined with the powerful story and identity of the Painted Rock brand have made it a collectors’ favorite, where a bottle of the flagship Red Icon fetches a $950 price point at some high-end Beijing restaurants. 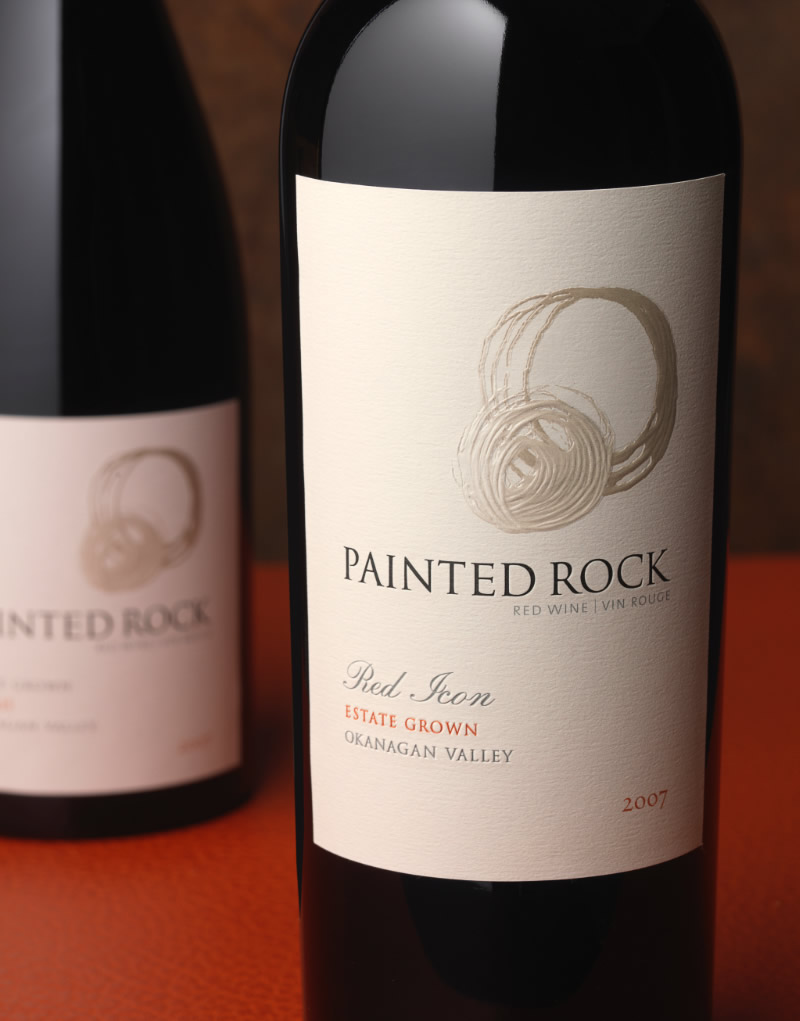 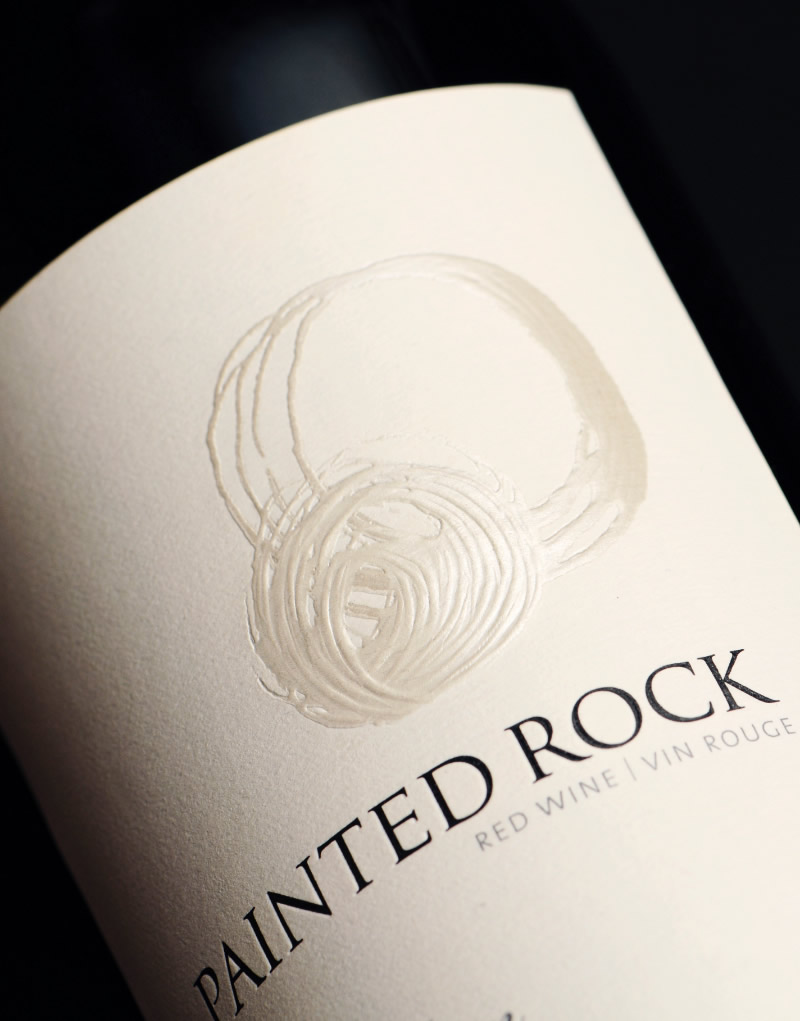 “When I approached CF Napa about designing the wine label for Painted Rock, I had two specific objectives in mind. I wanted a design that would stand the test of time and visually capture the Painted Rock message and brand… a design that would always be Painted Rock. We knew that in order for our message to be taken seriously, we had to have a powerful 'optical' connection with our consumer. As evident in the constant feedback we receive from the trade and consumers alike, CF Napa captured our story and personality perfectly.” 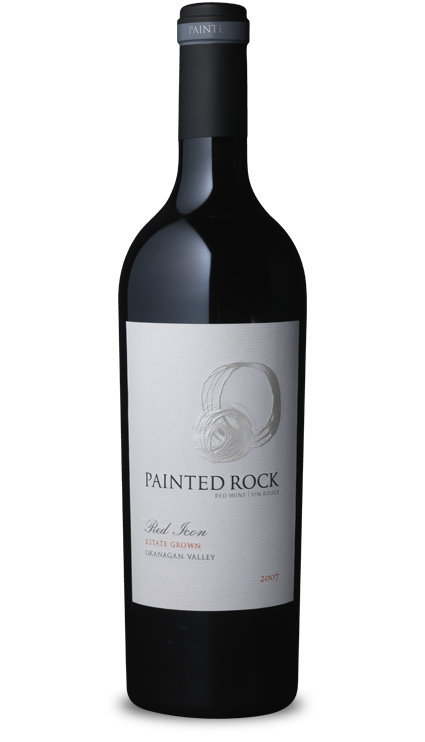